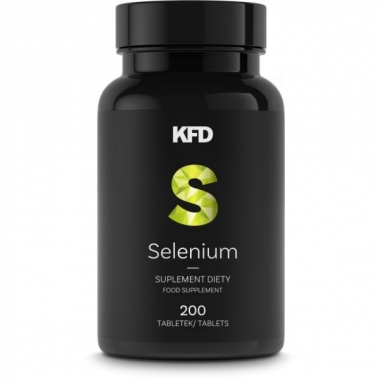 Selenium KFD is a high quality product and contains the best organic form of Selenium.

Selenium is an element displaying a number of important functions, ranging from antioxidant and anti-inflammatory effects, to the production of active thyroid hormone. The appropriate level of selenium has an antiviral effect, affects the reproductive functions of women and men, reduces the risk of autoimmune thyroid diseases.

If you believe you could be selenium deficient, it’s important not to ignore it. Untreated selenium deficiency can result in diseases like Keshan’s disease (a cardiomyopathy) and male infertility. With long term deficiency, you make yourself more prone to developing Hashimoto’s disease, a condition in which your body’s own immune system attacks the thyroid.

It’s important to keep in mind that we have different needs. Some need more selenium than others. Those most at risk for having a selenium deficiency are people undergoing kidney dialysis, people living with HIV, people with gastrointestinal disorders, as this can mean mal-absorbtion of selenium as well as patients on total parenteral nutrition (TPN) as their only source of food.