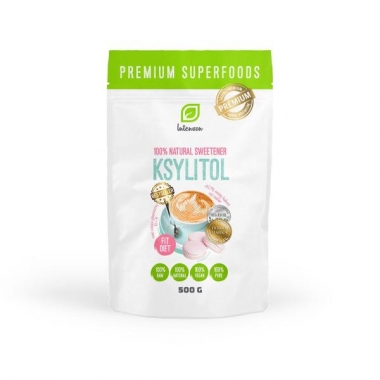 Xylitol - also called xylitol) is a sweetener of plant origin. It has a look and sweetness similar to ordinary sugar, but contains 40% fewer calories.

Xylitol is a natural ingredient in many fruits and vegetables, such as yellow plums,
strawberries, raspberries, cauliflower, lettuce and spinach. Hence, he has always been present in the human
Diet. Xylitol is made of hard wood birch and beech wood.

It is made of birch wood. This is a healthy alternative to white sugar, containing 40% fewer calories, can be used by diabetics.

In addition, it has a very low glycemic index IG = 8, so it does not cause spikes in glucose levels and blood insulin levels.

Shelf life and the batch number indicated on the packaging.

Store in the original sealed package. Protect from light.